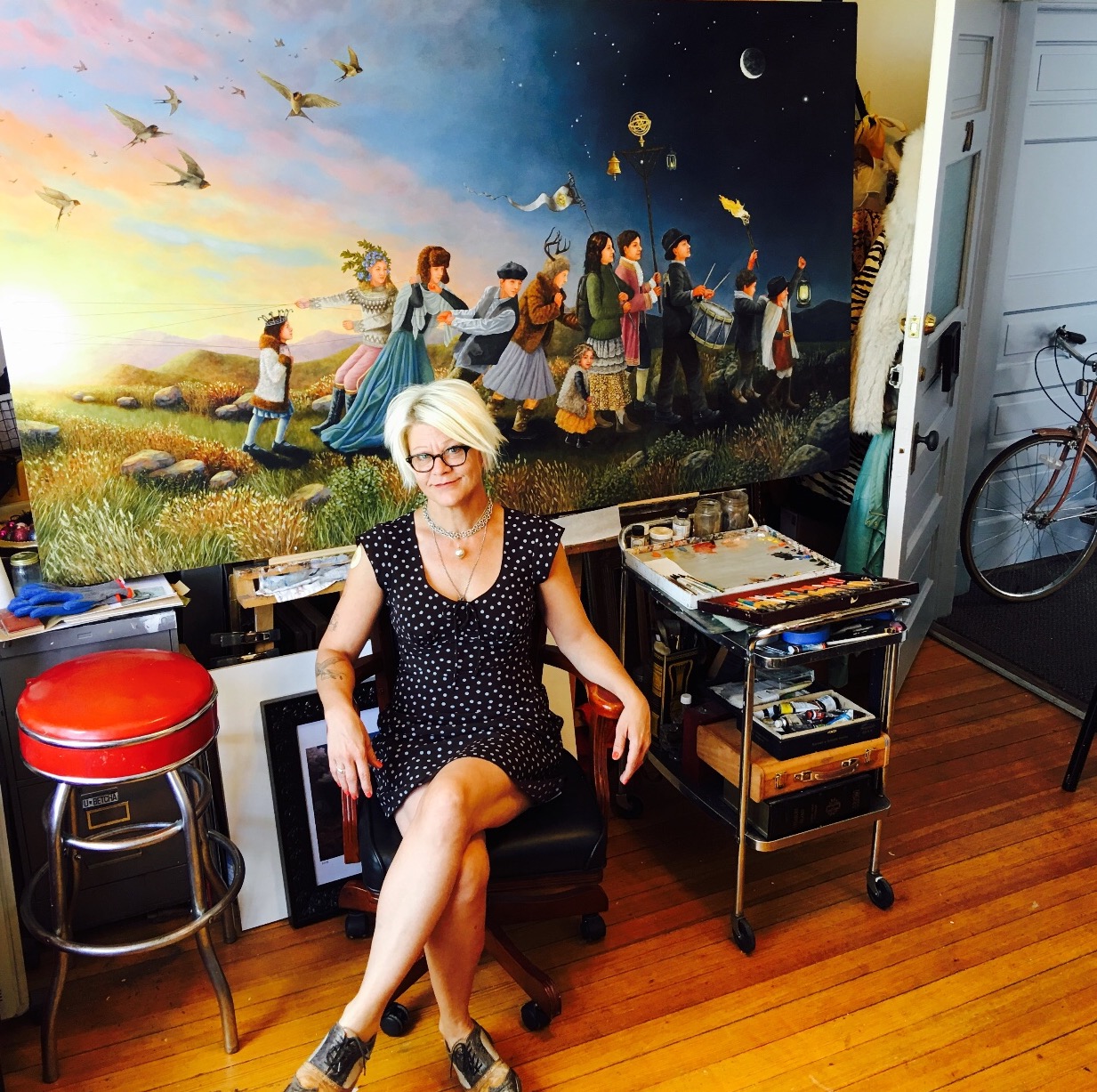 Lorelei H Beckstrom is a painter and mixed media artist born in the United States. A decade ago she shed nearly everything she owned, and has been living abroad for the majority of that time; which began with commissions in London, Berlin, and Dubai. Twenty countries later, she finally settled on the shores of the Black Sea in the Republic of Georgia, but still has extended stays in the US and elsewhere.

Lorelei was a self-proclaimed professional student; studying painting, sculpture, graphic design, and psychology before moving to Colorado. She designed and built a sculptural solar home high in the Rockies, which is her largest work of art to date. She became dedicated to developing the arts culture in Colorado Springs. She co-owned the award-winning Rubbish Gallery, was gallery assistant to Modbo and SPQR galleries, and helped launch the ModboCo School of Art.

After hanging up her gallerist hat, she was free to focus on her own work, and began to exhibit more extensively throughout the region and beyond. She was featured in a surrealist exhibition at the Colorado Springs Fine Arts Center, where her paintings hung amongst those by Dail and Magritte. Shortly after, a large scale painting was acquired for the Sangre de Christo Art Museum’s permanent collection. This fertile period launched her career and helped her finally realize her lifelong dream of being a full-time artist while living abroad.

Lorelei’s paintings are in private collections in the US, Mexico, Republic of Georgia, England, and the UAE. She’s become a master of traveling with and swiftly setting up portable studios, and continues to practice a life that can be carried in just two suitcases and a large shipping tube of canvases. She still has chronic wanderlust, which inspires her work, no matter where on the planet she is.

My greatest inspiration is the last decade I’ve spent traveling and living abroad, while continuing to paint full time. My work isn’t necessarily about specific places I’ve been, but is born of and infused with the rich landscape of sights, sounds, smells, people, and thoughts that I’ve experienced around the planet.

Without the defining tether of a permanent home, I get to easily evolve and meet myself as a person and an artist again and again, like it’s the very first time. Setting up studios regularly in new countries influences my paintings based not only on the size and materials, but the culture and atmosphere that welcome me.

My early work began as layered and etched plexiglass paintings, where the subjects were often merely etherial cast shadows. As time passed, I found myself wanting to bring my subjects more realistically into the world; so chose to rededicate myself to representational oil painting. Now, decades later, my subjects seem to be begging for even more solidity. I’ve recently begun experimenting with stuffed relief paintings, in which they can begin to break out beyond the picture frame. Perhaps one day they’ll finally crawl out and live amongst us.

I tend to work on many paintings at once; they grow up together and greatly influence each other, like siblings. We take turns guiding each other as we wander through both the inner and outer journeys. My job is listen and then to act. I am completely immersed and tend to live in the stories and worlds that unfold before my eyes.

I don’t package particular messages or emotions, but instead prefer to leave the door cracked open just enough to peek in. I want to inspire curiosity and childlike wonder- to entice the viewer to come in and be part of the storytelling. 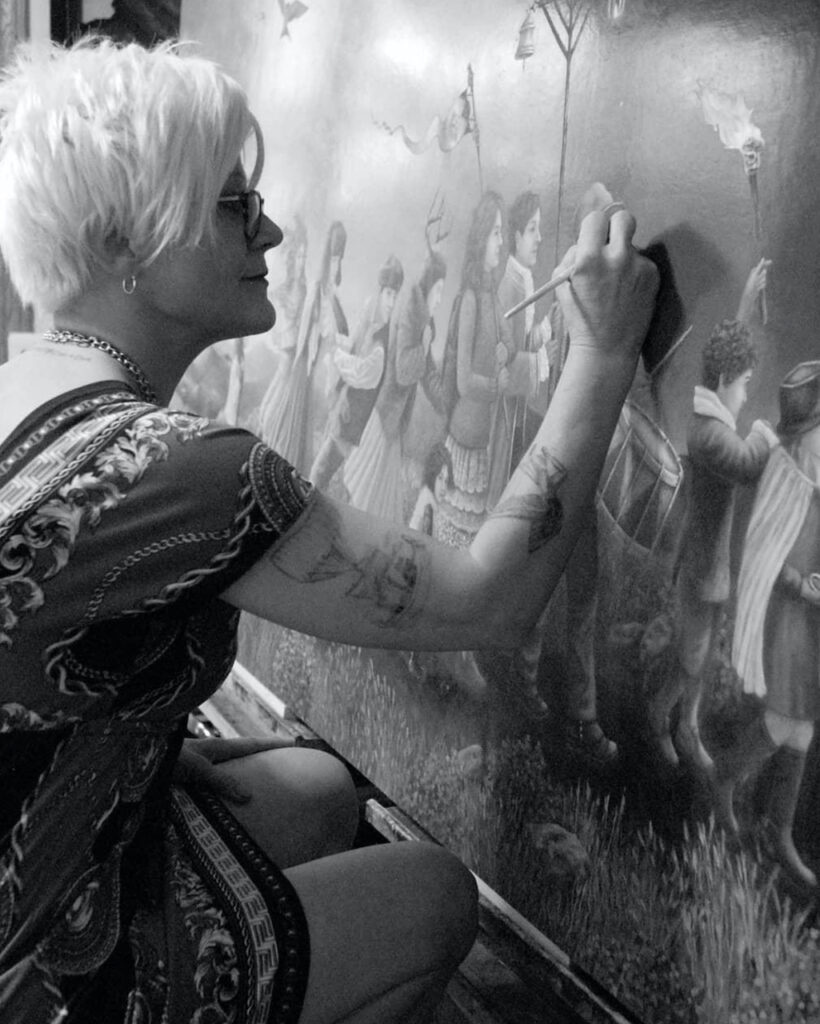